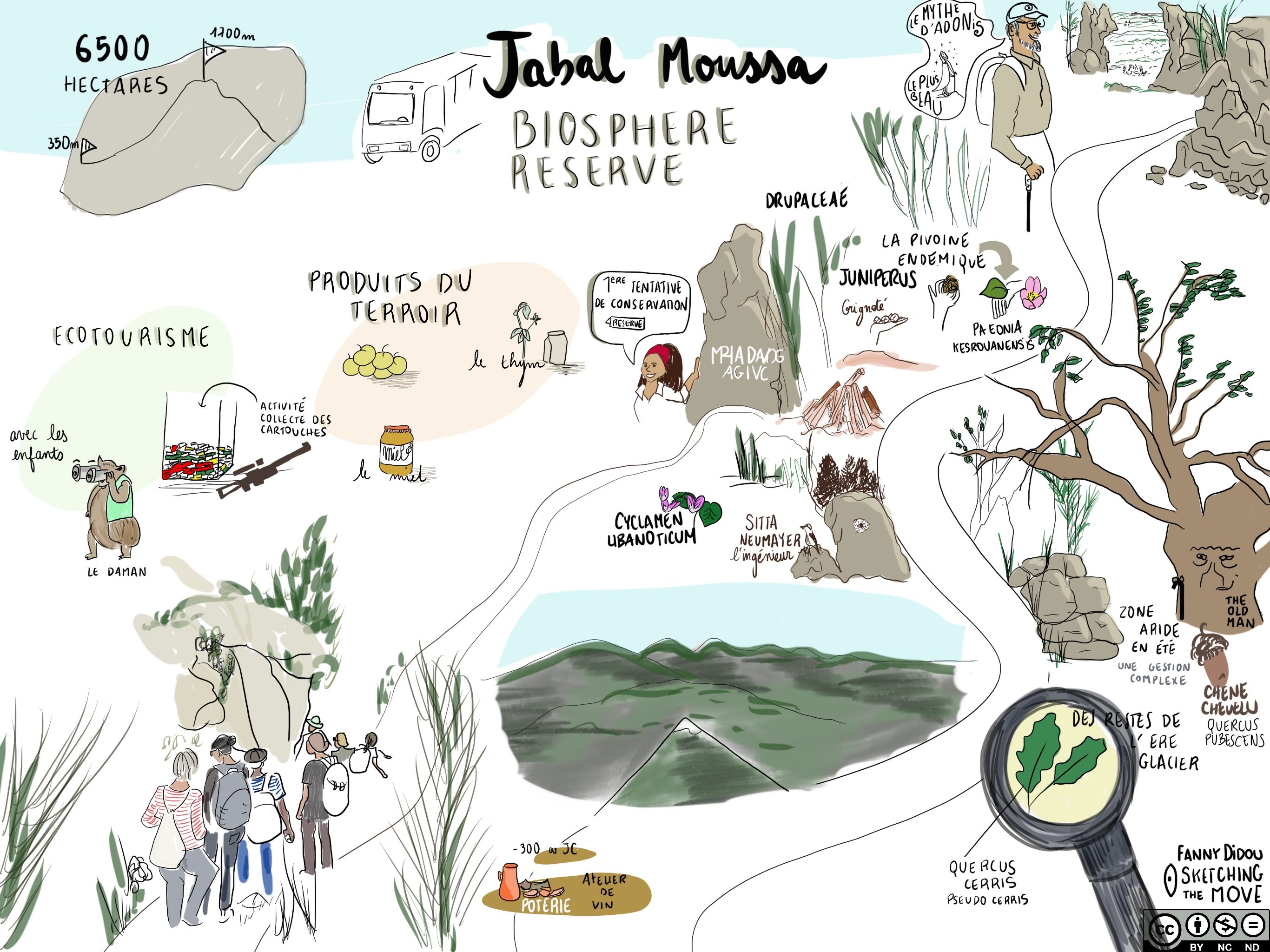 (Rome, 15 July 2019) Located in Kesrouan District (Lebanon) and overlooking the Mediterranean Sea, the Jabal Moussa Biosphere Reserve (BR), partner of Edu-BioMed project, entered the UNESCO Network of Biosphere Reserves under the Man and Biosphere (MAB) program in 2009, within which it “addresses human livelihood improvement and nature conservation through combining natural sciences with social sciences, economics and education” as stated in its website. Jabal Moussa is part of the 33 BR of the Arab States and of the 701 BR worldwide.

The Jabal Moussa BR is home to “at least 727 flora species, out of which 26 are endemic to Lebanon, and 6 to Jabal Moussa”, as well as bird species and rare mammals. Their wildlife database is accessible here. These species can wander in the area of 6500 hectares of the BR. Thanks to all this beautiful natural properties, Jabal Moussa is part of these areas “comprising terrestrial, marine and coastal ecosystems”, promoting “solutions reconciling the conservation of biodiversity with its sustainable use”, in accordance with UNESCO objective for BR.

“Jabal Moussa deserves to be a UNESCO BR because it is genuinely carrying out the three things that UNESCO sets as targets: conservation of biodiversity (the area is full of endemic species and the protection of the site has allowed them to thrive; development (the local villages are fully involved and most of the guides were from the area) and support for research (thesis are now being written at the American University of Beirut and the University of Saint Joseph about some of the plants that can be found on Jabal Moussa and their interaction with the animals)” testified H.E Frances Guy, former Ambassador to the Republic of Lebanon.

The unique BR of Jabal Moussa is partner in the Edu-BioMed project, which aims at strengthening, improving and upgrading the academic activity in four higher education institutions (American University of Beirut and Saint Joseph University, in Lebanon; Cadi Ayyad University, and Mohammed V University of Rabat, in Morocco) in the framework of Mediterranean biosphere reserves, in collaboration with the various stakeholders of these reserves (citizens, visitors, managers and technicians), public administrations and partners of the European Union.

In this framework, Jabal Moussa tests interdisciplinary approaches, diversifying the stakeholders, involving the villagers of the nearby surroundings and committing itself to the management of the local biodiversity. Through Edu-BioMed, and together with the other project’s partners, it works towards aligning higher education institutions activity with territorial needs, innovating their research capacity, promoting their internationalization and openness, enriching their staff’s expertise as well as enabling mutual learning between stakeholders.

Jabal Moussa has three complementary zones: a core zone, a buffer zone and a transition area. While the first one is thought as a protecting and protective area aimed at the conservation of the local flora and fauna, the second is dedicated to practices linked to research, monitoring and education. The third area fosters a sustainable development in which both human and nature can connect in a sustainable way through different economic, social and cultural activities.

You can learn more about the BRs by having a look at the section References of the Edu-BioMed project website.

To follow the developments and activities of the project: