Tools for Education & Research in & on Mediterranean Biosphere Reserves: the dissemination webinar of the project 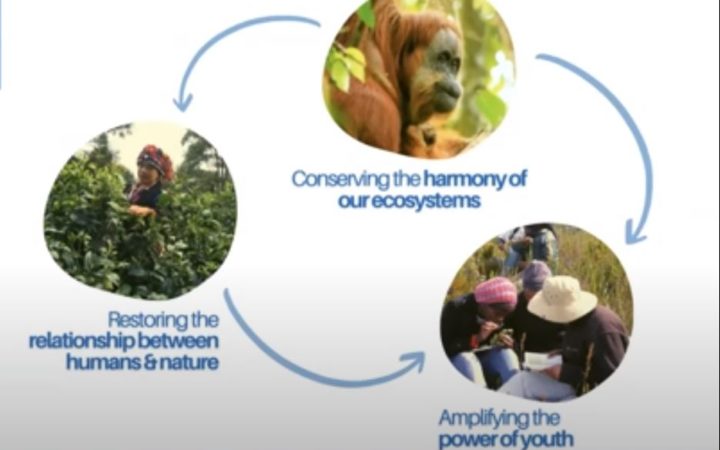 Education as a way to fight the environmental crises. Education, and an “updated” one, to contrast the high rate of unemployment. Education to contribute to sustainable development. These points are perhaps the main aspects raised by the project Edu-BioMed community of partners.

Edu-BioMed project has been considered by the UNESCO MAB Secretary, Noëline Raondry Rakotoarisoa, as a project coming from far but perfectly matching in a pre-existent dynamics. She refers to the Biosphere Reserves “which address themes that are absolutely relevant, that are of our time, and that also address needs.”

The EACEA project officer, Alba Prieto Gonzalez, also stressed how the focus of this project is relevant and in line with the new programming phase and the “green deal” priorities.

Started in the end of 2018, Edu-BioMed is going to finish in a few weeks. Roser Maneja, Professor at Autonomous University of Barcelona and project Coordinator, went through the main steps of the project: from the idea and the needs identified, through the difficulties met due to the COVID pandemic to lead the same activities as they were conceived in “a normal scenario”. Then she gave the floor to all the partners of the consortium to present the work conducted in these three years.

The project has worked on an ideal Master which could be led among the Universities of the consortium and that takes into account the development of Curricula in Mediterranean Biosphere Reserves. This work has brought to a common reflection about how, the environment and the sustainability are a common priority for all the countries of the entire Mediterranean Region. This aspect was presented and discussed by Prof. Yamina El Kirat (University Mohammed V) and Dr. Marcello Scalisi, UNIMED Director. The document elaborate by the project partner is available here in English and here in French.

Then Alice Roth, project manager at MAB France and Prof. Khalid Berrada (University of Cadi Ayyad) took the floor to present the Online Course developed within the project. The course “What exactly a Biosphere Reserve consists of?” has the objective to answer to this question from a Mediterranean perspective. The course has seen the contribution of 22 lecturers coming from 14 organisations and providing 28 lectures and 1 inspiring talk. It is reachable through Edu-BioMed website here.

Besides the online courses, the project is also launching a Citizen Science App and website in which citizens, biosphere reserves managers, researchers and experts can partake in projects on the topic of Biosphere Reserves and learn how to contribute to research through dedicated training material. These tools are designed, in line with the Edu-BioMed project’s aim to put Universities and Biosphere Reserves closer to reach this objective. And this aim is more achievable also putting closer citizens and Biosphere Reserves. The App and the website are developed by the American University of Beirut and they has been further presented on February 23rd among the Wednesday’s webinars.

The closing contribution has been provided by Bruno Romagny, Research Director at Institut de Recherche pour le Développement, Economist, Population-Environment-Development Laboratory LPED, UMR 151 AMU-IRD and representing the University of Aix-Marseille. He has presented the e-book on Mediterranean Biosphere Reserves, a work in “open science” that has seen the contribution of 50 authors, all of them involved in the Edu-BioMed project. The work is organised in two parts, one focusing on the juridical, organisational, research and education aspects and a second part more focused on case studies in the Mediterranean Region.

More than 40 participants attended the event. The recording of the webinar is available here